I was just 7 and a half months old

Too young to understand what everyone else was feeling

I know that my mother was working

She started off on her feet

But when the news was shared

She dropped to her knees

The tears streaming down her tired face

Home to us, her children

She held each one of us

Its been said that she was singing

A song that no one knew

It had not been heard before

She gathered us up and took us

She took us to the Boston Common

Where many others stood about

About in a daze

Everyone, singing, sobbing and soothing

All those that stood about

At some point everyone started to dispurse and

Return home or back to wherever they had come

But hours, days, weeks months and years went by

And no one ever understood why

Why anyone would want to harm such a good guy

John F Kennedy was such an honorable man

He was the best President we had ever had

How were people to go on without being able to understand

The Why or the how

Some still say that he wasn’t the one

If in fact it wasn’t Lee Harvey Oswald

No one has forgotten

No one could ever forget

One of the greatest men to have ever lived

Honoring his memory with all those both near and far

Take a moment to remember a man

Who gave his life for this great country of ours

Our love is never ending for John F Kennedy 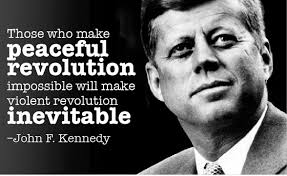 I'm a wife, a mother, a writer, and a friend. I enjoy sharing feelings, experiences and my poetry. There are many things that I am good at, but I'm sure there are just as many things that I am bad at. I try hard not to judge for we know no one is perfect. I can however say that although I have a great deal of patience, sometimes the patience tank runs dry. If you value me, I will always value you. Here I will share some of my poetry, my opinions along with some of my stories. I hope you enjoy(ed) your visit to poetsareangels.com. If you read and liked what you saw, please hit the LIKE button. Always feel free to leave friendly comments. Please no vulgarity as my teenagers frequent this site. "Happiness is the pathway to a memorable existence." Felina View all posts by Felina

This site uses Akismet to reduce spam. Learn how your comment data is processed.